My book group chose this book (mainly because we had extra copies laying around and wanted to put them to some use), but whatever the reason, I think we made a good choice.

Summary: The Namesake is the story of the Ganguli family.  The parents were an arranged marriage, as most Bengali marriages are, who move from Calcutta to America to start a family.  There the parents, Ashima and Ashoke, proceed to have two children, Gogol and Sonia.  Gogol is named after his father’s favorite author Nikoli Gogol, a name which he comes to resent in his adolescent years.  The Namesake folows the Ganguli family from the birth of Gogol all the way through his thirties.  It is about the blending of cultures, of keeping traditions, of acclamating to life in America, of both honoring and forgetting the past, of love, of pain and loss, and most of all of the ties that bind us to our families.

Review: The story is told in third-person narrative, so I felt like a voyeur looking through the living room window and into the house of the Gangulis.  Told through a series of snapshots, often skipping years at a time, we are observers, outsiders, looking into the life of the Ganguli family, who themselves often feel like outsiders in America and in India when they return to visit their families.  At times I felt very distant from the characters and removed from their lives, but overall I enjoyed this novel.  I think I connected more to Ashima’s (the mother) character than to Gogol’s, so when the narrative focus shifted in the second half, I felt a disconnect.  Still, it passed the time on a long car journey and I think it was a good choice for our book group.

3 thoughts on “The Namesake by Jhumpa Lahiri” 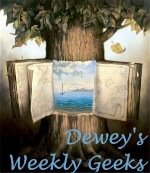 Yet Another Meme I Participate In